I was out and about when the word came down that Governor Kaine has selected Circuit Court Judge S. Bernard Goodwyn to succeed Justice Lacy on the Virginia Supreme Court. Here is the press release from the Governor's office. The Attorney General released this statement supporting the confirmation of Goodwyn in the upcoming General Assembly session.

Here is a reprint of the article about him in the Norfolk paper when he was appointed to the District Court in 1995. Here is a similar article from when he was appointed to the Circuit Court in 1997. Here is yesterday's article by Warren Fiske, which notes: "Goodwyn was an honor student at Southampton County High School and quarterbacked the football team to a 1979 state championship, a 56-6 drubbing of Gate City High whose roster included Jerry Kilgore, the Republican nominee for governor in 2005. Goodwyn threw for two touchdowns and ran for one in the game." Before becoming a judge, Goodwyn was with the Willcox & Savage firm in Norfolk - the same firm as U.S. District Court Judge Walter Kelley.

Here is the article from the Washington Post, and here is a story from the Richmond paper.
Posted by Steve Minor at 5:13 PM No comments:

Which birthday was it on Saturday? 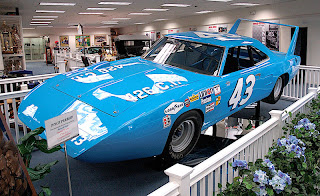