The outer limits on visitation

In Petersen v. Petersen, the father brought out the big guns, hiring William Hurd to represent him before the Court of Appeals. The most interesting issue in the case was whether the Circuit Court, on appeal from the Juvenile Court, violated the father's rights by prohibiting him from contacting his young daughter or participating in or being told about her school activities and denying him any visitation. The father's relationship with the child had soured after she learned that he planned to have the mother killed. The Juvenile Court, over a period of time, developed a plan for gradually increased visitation.

While the case was before the Circuit Court, the mother and the GAL moved to suspend visitation. The Circuit Court granted the motion, while observing that the father could seek modification of its order in the future, if there were changed circumstances.

The Court of Appeals, in an opinion for the panel of Judges Beales and Russell and Senior Judge Frank, affirmed the Circuit Court's order, notwithstanding the requirement in the Code that the trial court "shall assure minor children of frequent and continuing contact with both parents, when appropriate, and encourage parents to share in the responsibilities of rearing their children," and the constitutional rights of the father.
Posted by Steve Minor at 11:48 AM No comments:

I read with interest the latest essay by Steve Emmert on his website, in which he discusses how the new federal rule will reduce the length of briefs allowed without leave of court, and also discusses the recommendation from Bryan Garner that a lawyer should "strive to halve your page limits." I also studied an article titled "The 5 Edits I Make Most Frequently," from ATL, written by the same fellow who wrote the Curmudgeon's Guide some years ago, one of my favorites, and this post by Jay O'Keefe on the right number of assignments of error.

These ideas are distilled in a joke that Wade Massie told me long ago, where the lawyer appears before the Court and apologizes, saying "I didn't have time to write a shorter brief."

Recently, in reply to my opposition to a petition for appeal, the other side cited my use of only "1/3 of [the] available word count," as if the use of fewer words equals less merit. The shortest of arguments is often the best. "Brevity is enjoined," Rule 1:4 says, "as the outstanding characteristic of good pleading."
Posted by Steve Minor at 4:27 AM No comments:

The Richmond paper has this report on the hoopla at Longwood University surrounding the upcoming vice-presidential debate. I've been to Farmville many times, it is about like Galax (they both have a Macados).
Posted by Steve Minor at 3:53 AM No comments:

On the adverse spousal testimony privilege

I filed a motion to quash not too long ago in a federal criminal case, where the Government was seeking to have the defendant's husband testify against her. In federal law cases, testimonial privileges are determinined under the federal common law. In Trammel v. United States, the Supreme Court held that the adverse spousal testimony privilege would continue to be recognized, but limited the privilege to be asserted by the witness and not the defendant.

In criminal cases arising under Virginia law, the corresponding privilege is found in Va. Code 19.2-271.2, which begins: "In criminal cases husband and wife shall be allowed, and, subject to the rules of evidence governing other witnesses, may be compelled to testify in behalf of each other, but neither shall be compelled to be called as a witness against the other."
Posted by Steve Minor at 3:47 AM No comments:

The Associated Press has this article about the Commonwealth's own Roger Gregory, the first African-American chief judge of the Untied States Court of Appeals for the Fourth Circuit. Judge Gregory holds the distinction also of having been nominated by both President Clinton and President Bush.
Posted by Steve Minor at 3:43 AM No comments:

The abomination that is "smart search"

In the old days, if you wanted to search for a word in the Virginia Code online, you put in the word and what you got was limited to that word only. Put in "transfer" and you got no "transferring" or "transferee." In the name of progress, this is no more, at least not by default. The same progressive impulse that requires me to insert "adv:" before any WestlawNext search, so that each one of the search results will include the terms that I am searching. It considered an "advanced" search when you are researching a section of the Code to expect that the Code section will be cited in each case.
Posted by Steve Minor at 8:09 AM No comments:

Learning about the Stored Communications Act

Recently, I was studying on search warrants under the Stored Communications Act, 18 U.S.C. 2701, et seq. It is an interesting area of the law for many reasons.

The Act, adopted in 1986,  includes some ideas that seem pretty strange now.

In section 2703(a), there is a distinction made between emails that contents of electronic communications that have been stored more than or less than 180 days, as if that makes any sense. I get a lot of email. I keep them longer than 180 days because I can't remember what is in them. Some of them I might keep as long as I have anything, because they are as important to me as my books or photographs. Evidently Congress assumed back then that if any got an important email, they would print it out and delete it after a while to make space for other email. I don't know the theoretical limits on how much email my inboxes could hold, a lot more data than my physical mailbox down by the street that gets clogged with the books and cosmetics and clothes that keeping showing up at the house.

The Act may or may not distinguish between opened and unopened email. I have a lot of unopened emails. They are not very interesting, the ones that go unopened for any length of time. The opened ones are the only ones worth reading, the unopened ones are mostly ads selling clothes or political ideas or travel or sporting goods or whatever else I have ever bought into at least once in my life. I don't read all of my email, and a great deal of it is deleted unread.

The Act provides for subscriber notice in some circumstances and not others. The Government can get an order under section 2705(b) prohibiting the service provider for giving notice to the subscriber. Some providers like Google say they will notify the subscriber if they can. It allows the Government to access content of electronic communications sometimes with a search warrant and sometimes without. The Government never gives notice of its search warrant applications. Remarkably, there is a growing body of case law in which the magistrate judges across the county have taken it upon themselves to deny or modify search warrant applications for the content of emails stored by Google, Microsoft, and other like service providers. The Washington Post published this article about opinions written by a Magistrate Judge in the District of Columbia. There is a law review with the pretty fun title, Let the Magistrates Revolt. There is this remarkable opinion from a magistrate judge in Kansas, and at the other end of the spectrum, this remarkable opinion from a magistrate judge in New York.

There is legislation that seems to have wide support and might get passed to address some of the areas of strangeness. The House of Representatives passed the Email Privacy Act, H.R. 699, in April of this year. The EFF thinks that this act is a historic step in the right direction.
Posted by Steve Minor at 11:50 AM No comments:

We went to the Judicial Conference. It was great fun in a fabulous setting. We enjoyed the company of many people that I've known for years, and met some people I should have known before now, and heard the Chief Justice, and watched some judges dance up a storm. We also missed our absent friends, including the woman in this photograph I stole from elsewhere. 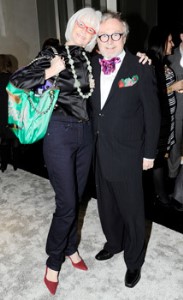 In Eramo v. Rolling Stone LLC, Judge Conrad of the W.D. Va. granted in part and denied in part the plaintiff's request for discovery from the anonymous "Jackie," who was the subject of the withdrawn Rolling Stone article about a sexual assault that never occurred that was alleged to have been committed by people who don't exist.

Initially, Judge Conrad overruled "Jackie's" claim that Rule 412 affects what is discoverable in a case where the subject matter pertains to alleged sexual misconduct.
Posted by Steve Minor at 2:07 AM No comments:

The Roanoke Times reports here that the new sheriff for Roanoke County chose not to rehire some of the senior deputy sheriffs who served under his predecessor. Historically, the federal courts have zigged and zagged a bit in trying to define the limits of the constitutional protections for deputies of constitutional officers against patronage dismissals. The decisions in Jones v. Dodson, Jenkins v. Medford, and Knight v. Vernon did not proceed in a straight line. Probably the higher-ranking officials in any government office have the lower level of First Amendment protection.
Posted by Steve Minor at 12:58 AM No comments:

On the Supreme Court challenge to the Google copying project

JURIST's Paper Chase has this post with links to the petition to the United States Supreme Court challenging the Second Circuit's decision regarding the legality of Google's book-copying project.
Posted by Steve Minor at 10:09 PM No comments: