Earlier this week I appeared before Judge Fred Rowlett who was sworn in two years ago, joining Circuit Judge Randy Lowe, Juvenile Judge Florence Powell, Bankruptcy Judge Trish Brown, ALJ Linda Howell, Magistrate Judge Cynthia Eddy, Circuit Judge John Kilgore, and Supreme Court Justice Cynthia Kinser, among those who clerked for him and became judges themselves. The last of our law clerk reunions with him was eleven years ago this week, which was the only time Jill got to meet him. 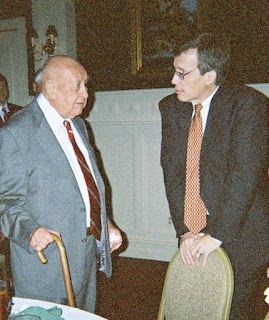 Posted by Steve Minor at 8:00 AM No comments: