The travelogue ends in Rome

I didn't realize how touristy Florence would be, but I had no illusions about Rome. We stayed another three days in Rome after the end of the Tuscany and Umbria tour and we went to see the most touristy tourist places that we could find. We went to the Pantheon, the Trevi fountain, the Spanish steps, the Vatican museum, Sistine Chapel, St. Peter's, St. John the Lateran and other churches, the market at Campo di Fiori, the site of the Bocca della Verita, the Castel Sant Angelo, some catacombs near the Via Appia, and what was said to be the twenty-some steps Jesus walked up to see Pontius Pilate. We saw the Circus Maximus and even the rose garden across from it. The weather was ok on the first day, blazing hot the second day, and too cold on the third day. We took one afternoon off and lounged by the pool, which was the best feature of the Sheraton Roma. We took a number of heart-stopping cab rides. We saw peace demonstrators and even more police with machine guns, and stood with crowd waiting for some unknown celebrity to exit a government building. The best place we ate was a restaurant called Sabatini in the Piazza di Santa Maria in Trastevere.

Here are some pictures:

Fountain in the Piazza Navona 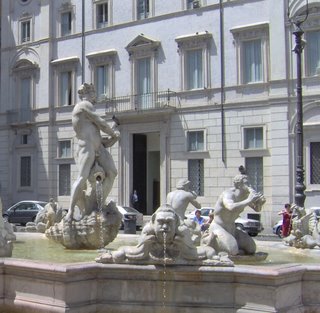 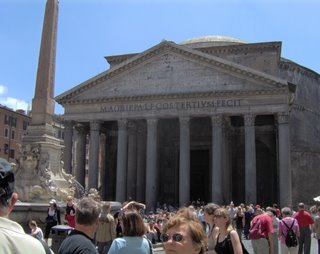 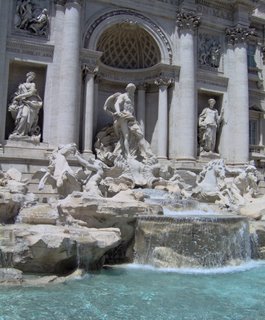 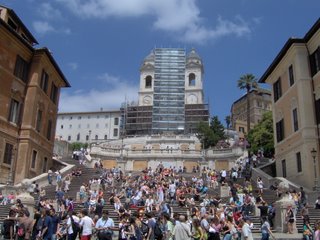 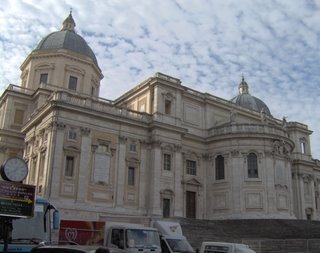 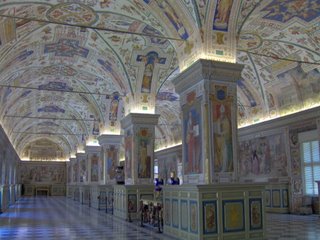 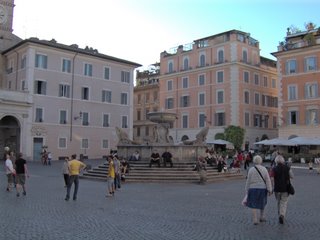 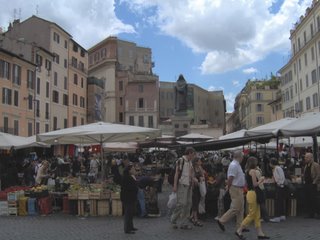 Across the street from the Circus Maximus and the Forum ruins 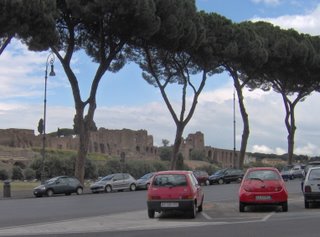 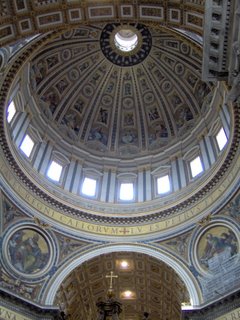 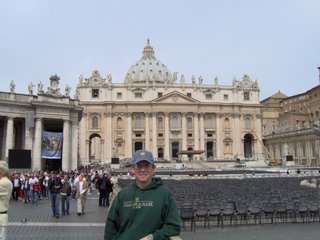 Along the Tiber, looking back at St. Peter's and the Castel Sant Angelo 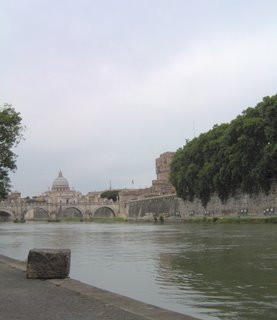 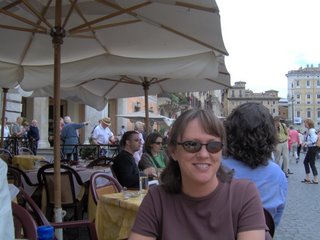